Josh is popping in to tell you about a new vegan recipe collection we got our grubby hands on this week.

Take it away, Josh…

So when my friend Leigh Drew in Australia sent me her latest cookbook a couple of weeks ago, I happily flicked through the pages working out what I was going to make when I finally had some spare time at home. I’ll let you know which two recipes I chose, but first let me tell you about Leigh. 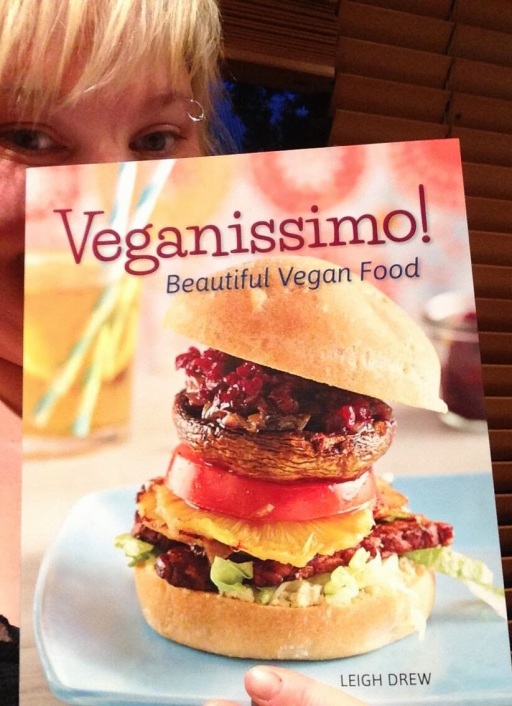 Leigh is awesome. She is one of the pioneers of the vegan scene in Sydney, Australia. When I lived there in 2010 she was co-managing the fantastic vegan brunch café Naked Espresso and had already published a vegan cookbook. Flash forward three years and she helped set up yet another vegan eating establishment in Sydney and has published two more cookbooks including the brilliant Wrapped In Pastry (Twin Peaks fanatics like me nerd out over the reference in the title) and her latest creation Veganissimo! Beautiful Vegan Food. This is a stunningly gorgeous cookbook which includes over 120 recipes which are easy to follow and well thought out.

As I happened to have some cashew nuts soaking in the fridge (who doesn’t, right?) I made the Chive and Cashew Crème Cheese which was delightful. It has such a delicious taste and is ridiculously simple and quick to make. I drizzled a little garlic-infused olive oil on top because… well do I really need to explain why? 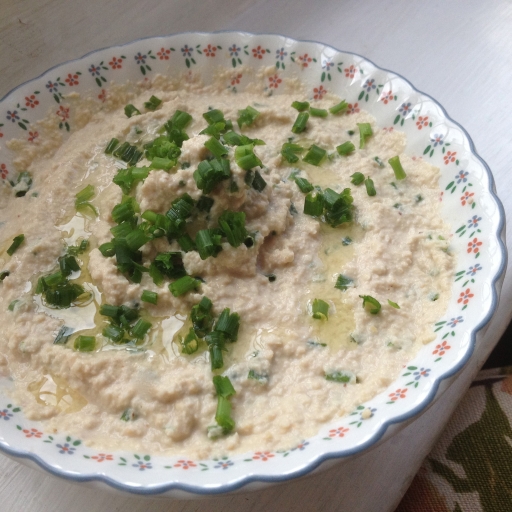 Later that same day I turned my hand to the Sizzling Polenta Gnocchi with Sage. I love sage and I feel it doesn’t get the credit it deserves. Once again, the recipe was easy to follow and although I hadn’t pre-made the gomasio which the recipe calls for, I improvised with a hand-held blender and it worked out fine. Delicious, crunchy, bite-sized pieces of sage-y polenta coated with crispy sesame seeds. What’s not to love? As above, I drizzled a little garlic-infused olive oil into the polenta while they baked. Even FGV, who normally screws his face up at the very mention of polenta, devoured it with reckless enthusiasm. 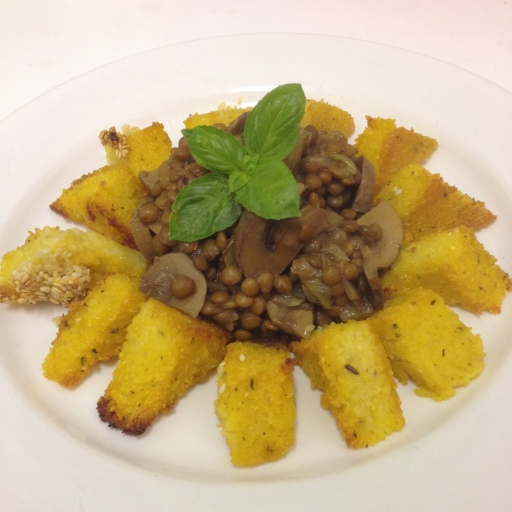 Fat. Gay. Vegan. Vegan everything including events, beer, food, PR and travel.
View all posts by fatgayvegan →
This entry was posted in Taking the long way around, Vegan and tagged Australia, cookbook, Leigh Drew, recipes, vegan. Bookmark the permalink.